The sad news is the Nigel passed away  in January 2020 and so we have needed to remove his paperback books on sale through Eventispress. Condolences to the Jenny and Nigel’s family who we believe are still selling the Kindle versions.  Here’s a bit about Nigel is you come across his books elsewhere:

Nigel Lesmoir-Gordon’s long directing career in film and television ranges from pop videos, commercials and corporate promotions to TV broadcast. He followed the production of the award-winning documentary The Colours of Infinity with Is God a Number? then with Clouds are not Spheres. Colours has already been transmitted in over 50 territories and is currently available in four languages.  Nigel recently completed his first feature film, Remember a Day, which is now out on DVD. He has published four books: Introducing Fractals in 2009 and The Colours of Infinity in 2010. 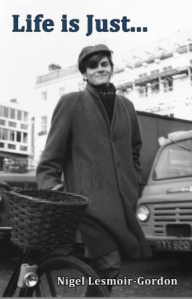 We were excited at Eventispress to welcome Nigel to the fold  to launch Life is Just in 2015.

Nigel’s second publication with us here at Eventispress in 2017 was described as a ‘cracking yarn’ and also a ‘gripping tale.’ Good reviews on Amazon already.

‘The Keeper of the Faith’ transports the reader to Vietnam, a

Benedictine Monastery in England and finally to the Highlands of Scotland!

Both books are available on Amazon worldwide and can be ordered from all good bookshops. 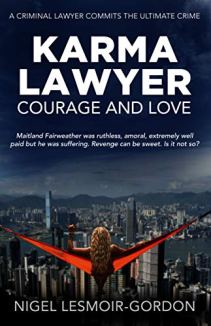 (We believe no longer available)